Each year at the CDC, a major scholar in drama and/or theatre addresses the conference on a topic of general interest. Each keynote speech is followed by discussion with the audience and a reception. Branden Jacobs-Jenkins’s plays include “Everybody” (Signature Theatre; Pulitzer Prize-finalist), “War” (LCT3/Lincoln Center Theater), “Gloria” (Vineyard Theatre; Pulitzer Prize-finalist), “Appropriate” (Signature Theatre; Obie Award), “An Octoroon” (Soho Rep; Obie Award) and “Neighbors” (The Public Theater). A Residency Five playwright at Signature Theatre, his most recent honors include the Charles Wintour Award for Most Promising Playwright from the London Evening Standard, a London Critics Circle Award for Most Promising Playwriting, a MacArthur fellowship, the Windham-Campbell Prize for Drama, the Benjamin Danks Award from the American Academy of Arts and Letters, the PEN/Laura Pels International Foundation Theatre Award, the Steinberg Playwriting Award, and the inaugural Tennessee Williams Award. He sits on the board of Soho Rep and, with Annie Baker, he is an associate co-director of the Hunter College MFA program in playwriting. The Comparative Drama Conference welcomed Simon Stephens as the Keynote Speaker in 2017.  During the course of the conference, Stephens held court late night in the hotel bar with conference attendees.  He visited a theatre history class at Rollins College on April 5th and later attended the CDC’s annual Thursday night theatrical outing, this year a trip to SAK Comedy Lab for an improved musical (created by David Charles of Rollins College).   On Friday morning, the 6th, the conference held a private reading of Stephens’ latest play, a commissioned work by a major German theatrical company.   After enjoying dinner with the Rollins theatre students doing research on disability plays, Stephens joined William Boles (Rollins College) on stage for a Q&A, which was followed by a reception in the Bush Atrium on the Rollins campus.  Two clips from the event are available online: one on the power of theatre and one on the ending of Curious Incident.

Simon Stephens’s early work at the Royal Court includes BLUEBIRD (1998); HERONS (2001), COUNTRY MUSIC (2004) and MOTORTOWN (2006). In 2008 his play HARPER REGAN opened at the National Theatre, and SEA WALL, starring Andrew Scott, played at the Bush. Simon then had success with his plays PORNOGRAPHY (Deutsches Schauspielhaus, Hanover, 2007 and Edinburgh Festival / Birmingham Rep, 2008 and Tricycle Theatre, 2009) and PUNK ROCK (Lyric Hammersmith / Manchester Royal Exchange, 2009) which won the 2009 Manchester Evening News Award for Best Production. In 2011, I AM THE WIND, an adaptation from Jon Fosse’s original, opened at the Young Vic. 2012 saw THREE KINGDOMS performed in London, Tallinn and Munich, MORNING at the Lyric Theatre, and a new version of Ibsen’s A DOLL’S HOUSE at the Young Vic which subsequently transferred to the Duke of York’s Theatre in 2013.

His adaption of Mark Haddon’s novel THE CURIOUS INCIDENT OF THE DOG IN THE NIGHT-TIME won the Oliver and Tony Awards for Best New Play (National Theatre, 2012; Apollo Theatre, 2013; Gielgud, 2014 – present; Barrymore Theatre in Broadway, 2015). In 2014 Simon premiered CARMEN DISRUPTION at Deutsches Schauspielhaus in Hamburg, which transferred to the Almeida Theatre in London in 2015, and BIRDLAND at the Royal Court. His adaptation of Chekhov’s THE CHERRY ORCHARD also opened at the Young Vic in 2014. In 2015, HEISENBERG opened at MTC in New York and transferred to the Friedman in 2016; THE FUNFAIR, Simon’s new version of Ödön von Horváth’s KASIMIR AND KAROLINE, opened at Home Theatre in Manchester; and SONG FROM FAR AWAY, directed by award-winning Belgian director Ivo van Hove, received its UK premiere at the Young Vic. His version of Brecht and Weill’s THE THREEPENNY OPERA opened at the National in May 2016. 2017 has seen the openings of NUCLEAR WAR at the Royal Court, his English language version of OBSESSION at the Barbican, FATHERLAND at the Royal Exchange for the Manchester International Festival, and his new adaptation of THE SEAGULL comes to the Lyric Hammersmith later in 2017. The Comparative Drama Conference welcomed Lisa Loomer as the Keynote Speaker in 2017.  Lisa attended a special session on Teaching and Directing Lisa Loomer, presided over by Amy Muse (University of St. Thomas) and including Ellen Dolgin (College of Blauvelt), Sharon Green (Davidson College), David Charles (Rollins College) and Hilary Cooperman (Rollins College).  After enjoying dinner with the cast of the Rollins College production of Expecting Isabel, Loomer joined Amy Muse on stage for a Q&A, which was followed by a reception in the Bush Atrium on the Rollins campus.

LISA LOOMER‘s best known plays are The Waiting Room, Living Out, and Distracted,  all of which premiered at The Mark Taper Forum and subsequently moved to New York.  Her other plays are Expecting Isabel;Two Things You Don’t Talk About at Dinner; Maria, Maria, Maria, Maria!;Accelerando; Looking for Angels; Bocon!; Broken Hearts; Birds; and Cafe Vida.  Theatres that have produced her work include: Arena Stage, Trinity Rep, The Public Theater, Seattle Repertory, South Coast Repertory, The Denver Center, Los Angeles Theatre Center, The Kennedy Center, La Jolla Playhouse, The Oregon Shakespeare Festival, and Williamstown Theater Festival.  She has twice won the American Theatre Critics Award and has been honored by the Kennedy Center, the Imagen Foundation, the Jane Chambers Award (twice), and the Susan Smith Blackburn Prize, among others. Film credits include Girl, Interrupted. Her newest play, Roe, about Roe v Wade, premiered at The Oregon Shakespeare Festival in 2016 and played at the Arena Stage in Washington, D.C. in January and February of 2017 before moving to Berkeley.

The Comparative Drama Conference welcomed Tony Kushner as the Keynote Speaker in 2016.  Tony Kushner, recipient of the 2013 National Medal of Arts from President Obama, is best known for his two-part epic Angels In America: A Gay Fantasia on National Themes, which received both the Pulitzer Prize and two Tony Awards. His other plays include A Bright Room Called Day; Slavs!; Homebody/Kabul; The Intelligent Homosexual’s Guide to Capitalism and Socialism with a Key to the Scriptures; and the book for Caroline, or Change, for which he earned the London Drama Critics’ Circle Award and the Laurence Olivier Award. Kushner’s translations and adaptations include Ansky’s The Dybbuk, and Brecht’s The Good Person of Setzuan and Mother Courage and Her Children. Kushner wrote the screenplays for Mike Nichols’s film of Angels in America and Spielberg’s Lincoln; the latter was nominated for an Academy Award and won the New York Film Critics Circle Award, Boston Society of Film Critics Award, and the Chicago Film Critics Award.

The Comparative Drama Conference welcomed award-winning playwright David Henry Hwang as our Keynote Speaker in 2014. Few writers have turned issues around ethnicity and identity into a widely acclaimed and award-winning career like David Henry Hwang. The Chinese American playwright, described by the New York Times as “a true original” and by TIME magazine as “the first important dramatist of American public life since Arthur Miller,” is best known as the author of M. Butterfly, which won a Tony Award, Drama Desk Award, John Gassner Award, and Outer Critics Circle Award, and was also a finalist for the Pulitzer Prize. Other plays from his 30 year career include Golden Child(Obie Award, three Tony nominations), Yellow Face (Obie Award, Pulitzer finalist),FOB (Obie Award), and Chinglish (Drama Desk Nomination, named Best New American Play by TIME magazine). Currently, Hwang is the Residency One Playwright at the Signature Theatre in New York City. His new play, Kung Fu, premiered in February 2014, and has been granted an extended run due to enthusiastic reviews.

The Comparative Drama Conference welcomed Edward Albee, winner of three Pulitzer Prizes and four Tony Awards, including a Tony for Lifetime Achievement, as our Keynote Speaker in 2013. Albee is an inspiring innovator and advocate of drama who has been hailed by The New Yorkeras “America’s greatest living playwright.” His challenging plays have radically influenced the contemporary stage. As Paula Vogel stated in her 2012 Keynote to the CDC, “Of course American Theatre is Albee.” The 2012 Keynote Event was A Conversation with Paula Vogel, a Q & A session with award-winning playwright and educator Paula Vogel. In addition to the 1998 Pulitzer Prize for Drama, Vogel’s How I Learned to Drive earned her second OBIE, the Lortel Prize, and the Drama Desk, Outer Critics Circle, and New York Drama Critics’ Awards for Best Play. A few of the internationally acclaimed playwright’s other well-known plays include The Mineola Twins, The Baltimore Waltz,Desdemona, and The Long Christmas Ride Home. As an educator, Vogel is renowned, with students who have won the Pulitzer, MacArthurs, and OBIEs.

Past keynote speakers have included Marvin Carlson (“Speaking in Tongues: Multiple Languages on the Modern Stage”); Helene P. Foley (“Greek Tragedy for the New Millennium: A Case Study”); Biodun Jeyifo (“Drama and the Formation of Postcolonial Studies”); Stanley E. Gontarski (“Staging Beckett for a New Century”); Jorge Huerta (“Chicano Theatre in a Society in Crisis”); and Lizbeth Goodman (“Reframing the lens on stage and screen: Old and new approaches to mediated theatres, from Shakespeare on BBC2 to Performances in Second Life”).

Each year one of the authors whose recent book is reviewed in Text & Presentation, The Comparative Drama Conference Series (the annual publication of the CDC), is selected to discuss his or her book with the T&P reviewer and one other commentator as well as with the audience. We have discussed books on tragedy and comedy, stage props, Roman comedy, performance studies, the plays of August Wilson, the musical Oklahoma! (with songs), and Irish theatre, among others. 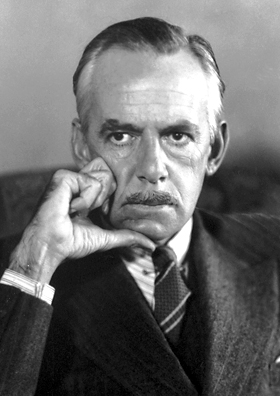 A Round-Table Discussion with Tony Kushner

Sponsored by the Eugene O’Neill Society

The life and dramas of Eugene O’Neill have been thoroughly intertwined, creating a complex image of the playwright in the popular imagination. Panelists in this discussion will consider how this image has been created through intermingled and evolving portraits in letters, theatre reviews, biography, fiction, film, opera, and adaptions of O’Neill’s own plays. The session will conclude with 25 minutes of open discussion with the audience. 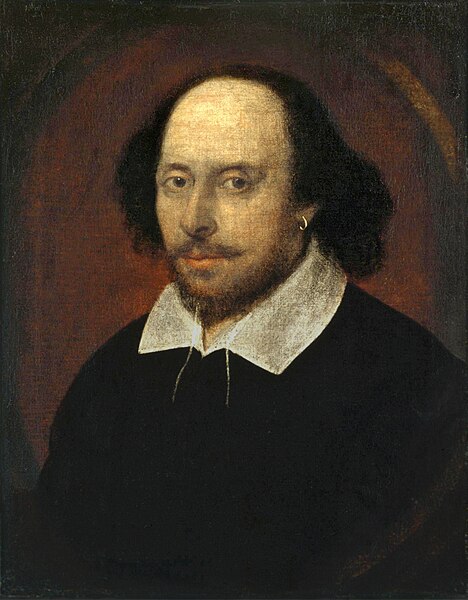 In Honor of the 400th Anniversary of Shakespeare’s Death

Three Approaches to the Staging of Romeo and Juliet

Each year the CDC hosts a round table discussion, comprising several panelists who address a topic of general interest to teachers and scholars of theatre and drama. The audience also participates in the discussion. (Sometimes another special event is substituted for the round table.)

In 2017, the CDC hosted a round table discussion of Improvisation.  In 2016, in honor of Lisa Loomer’s keynote appearance, there was a round table discussion of teaching and producing her plays.  In 2015, the CDC hosted Visions of Tragedy in American Theatre, organized by the Arthur Miller Society, a discussion among representatives from a consortium of American dramatist societies (Albee, Glaspell, Mamet, Miller, O’Neill, Wilder, Williams, and Wilson), designed to elucidate each American dramatist’s vision of tragedy. In 2013, Christopher Innes and Brigitte Bogar presented Shaw’s Pygmalion at 100 / Lerner & Lowe’s My Fair Lady at 57 – Carving Identity in Words and Music, a roundtable discussion exploring how the ‘musicality’ of Shaw’s dialogue – a reflection of his own love of music – blended with the music and lyrics Lerner and Lowe created. In 2012, our Theater Critics Roundtable Discussion explored the role of journalistic criticism within contemporary culture and included some of the most respected newspaper theater critics of our time: Nelson Pressley (Washington Post), Wendy Rosenfield (Philadelphia Inquirer), and J. (Judy) Wynn Rousuck (former longtime critic at The Baltimore Sun, now Baltimore’s NPR affiliate, WYPR). Topics in the last several years have included The Future of Dramatic Literature in the Academy and Thirty Years of Crimes of the Heart: A Conversation with Beth Henley.