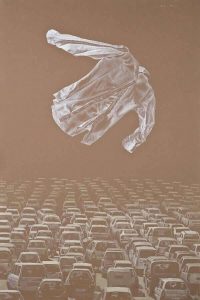 At its simplest definition, Magical Realism is a genre of art (including visual art and literature) characterized by the inclusion of fantastical elements or events in an otherwise realistic setting. The term was most famously first applied by Cuban writer Alejo Carpentier to describe what he saw as a growing trend in Latin American literature of the time, and is most famously associated with Latin American art. Although Magic Realism is often labeled as Surrealism, the key difference is that Surrealism is based in images of the subconscious, of dreams, and Magic Realism deals in, well, reality.