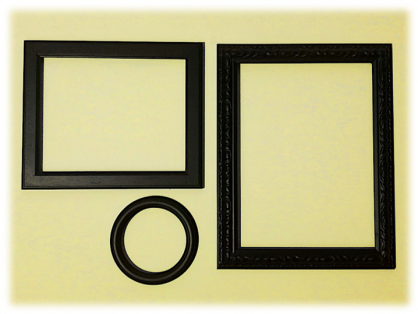 We’ve all heard the narratives that fill impressions of the halls of higher education with stories of professors trying to convert their students into believing [something bad] and persecuting those who believe [something good].  Like many narratives told by those who aren’t actually present, they can have a chilling effect.  Indeed, these narratives can fill the reality of these halls with misunderstandings that pit professors against students in a battle for integrity.

In a recent panel on “Teaching in the Religiously and Politically Diverse Classroom,” a group of faculty told a different story.  Chelsea Ebin (Political Science), Todd French (Religion), Jana Matthews (English), Amy McClure (Sociology), and Emily Russell (English) shared their thoughts on the role of this kind of diversity in learning and their strategies for making it work.  The key theme in the session was one of reframing the narrative — in our minds and in students’.

A few panelists mentioned that students sometimes sign up for their courses and realize the academic study of the topic isn’t what they expected or wanted. “I want those students in my class,” Todd said. “They bring an energy to these topics.”  And Amy reflected, “Where I once wanted to avoid these situations, I now run into them.”

Those students and these situations are about engagement in a sense that goes well beyond students’ interest in the topic–and well beyond what we may think of as an empty buzzword. The National Survey of Student Engagement (NSSE) includes the following as indicators of ‘engagement’:

These represent a significant portion of the “educationally purposeful activities” that require students’ time and effort, and that “decades of research show are linked to student learning.”

This list reminds us that learning necessarily involves a change in understanding — a change in quantity (more), or quality (different), or both.  On many issues, especially those about which students have already thought, learning-as-changing is uncomfortable, and can be easily misunderstood. Hence the narratives of attempted conversion and persecution.

The Rules of Engagement
Many of the panelists talked about being explicit and naming the ‘rules of engagement’ for class, rules that seemed less like classroom management prohibitions (emphasis on rules) and more like insights into the hopes and habits of their disciplines (emphasis on engagement):

Out of context, some of these quotes could be misconstrued and misunderstood.  In context, however, they’re moments in which professors are being explicit about how to read and discuss and think and write in ways that are called for by their subject matter–the subject matter students are expected (and expecting) to learn in their classes.

“Useful Ways of Seeing the World”
At one point, Amy noted that “all disciplines give us a useful way of seeing the world.”  That’s why we’re all here and not at a different kind of institution.  A liberal arts education is grounded in the assumption that each of the subjects (“arts”) contributes to a broader (“liberal”) understanding of the world around us, which will make us more agile in navigating complexity, making meaning, and solving problems.

Amy’s description of learning a variety of disciplines in order to develop multiple “ways of seeing the world” points to two specific mental moves that are essential to deep understanding (Wiggins & McTighe, 1998):

Both perspective and empathy are woven throughout the ‘rules of engagement’ or desired kinds of thinking described by each of the panelists above.  They’re also embedded in critical thinking, the holy grail of higher education that involves acknowledging the existence of, understanding, and evaluating a variety of perspectives before forming one’s own opinion.

Handling Hot Moments
Each of the panelists also shared specific strategies for handling “hot moments” in the classroom, the times when the “energy brought to these topics” erupts in ways that can derail learning.  Their strategies addressed not only the issues of the moments but also the emotions.

Instead of avoiding or glossing over the moment, which may be easier but also can leave some students feeling marginalized or ignored, several panelists spoke of slowing things down and turning towards the heat as a proverbial teachable moment.  They spoke of first distancing the issue from any one speaker by acknowledging the perspective as one shared by others: “we often hear” followed by a rephrasing in a way that takes it seriously.  To “make space for other students to weigh in,” they invite students write about and then discuss it: “what’s behind this thought? how is it supported? what’s at stake? who benefits?”  They all spoke of individually connecting with students who are particularly upset (e.g., after class, via email, in their office) to acknowledge the emotions of the moment and to privately explore the perspective.

Ultimately, their strategies involve reframing these moments in ways that allow the class to return to the rules of engagement, whether the kinds of “educationally purposeful activities” identified by NSSE, the habits of mind of the discipline, or the view of the world afforded by perspective and empathy.