The Quiet Dignity of Everyday Life 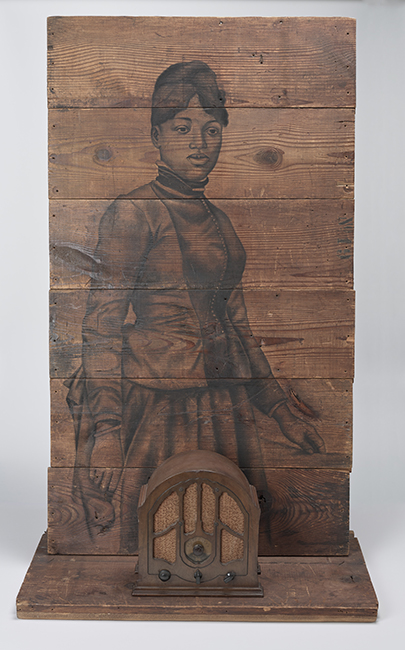 A year ago, I wrote about John Sloan’s The Women’s Page as part of a discussion of the prevalence of etchings of modern life in the CFAM collection. As I mentioned in that previous post, this etching is one of my favorite works by Sloan as well as one of my favorites in the collection. Part of my appreciation is technical. Sloan has done a masterful job of using the medium to full effect, not so much drawing his subject as building it up out of a welter of hatch marks. I’m particularly taken with his use of negative space, the way he allows the white of the page to shine through on key moments, in particular the titular and central newspaper. I also love the print, however, for its subject. Critics at the time saw the work in moral terms, as censorious of the supposedly slovenly lives of the working-class women and children in Sloan’s tenement neighborhood. The art historian John Fagg, however, prompts a rethinking of this perspective on the work, noting that Sloan’s diary is full of his appreciation of the larger-bodied women and boisterous children he saw around them. To Fagg, the print is much more likely to be a paean to the quiet dignity of the working class rather than a scornful rebuke.1 As I wrote last year, I’m inclined to agree with him. I was reminded of The Women’s Page, and of Sloan’s evocation of that quiet dignity of everyday life, this week, as I researched a work from a hundred years later: Whitfield Lovell’s 2004 assemblage Patience.

Lovell’s story is very much an American one. Born in the Bronx, his father’s family is from the Caribbean, while his maternal grandparents participated in the Great Migration of African Americans north in the early twentieth century.2 It is that era, roughly from the end of Reconstruction to the beginning of World War II—sometimes called the “low rugged plateau” of African American life—which Lovell interrogates in his art.3 Or rather, interrogates is probably too harsh a word for what Lovell is up to. Instead, we might say that he lovingly recreates and gives voice to it, resurrects its quiet moments for our consideration. Since early in his career, Lovell has amassed a personal archive of hundreds of vernacular photographs of Black Americans, culled from flea markets as well as institutional archives. Each of his works, which he calls tableaux, involves one or more of those photographs, carefully transcribed in charcoal or conté crayon onto found wood panels which he rescues from barns and other structures. Finally, he includes one or more found objects which help to evoke a sense of the individual’s story.4 Importantly, this is not a true story, in the strictest sense. These individuals are anonymous, and they will remain so. But by carefully juxtaposing image and object, Lovell can get at a deeper, more conceptual truth, one that evokes the quiet interiority of his subjects’ lives.5

Patience is a prime example of this process at work. The young woman is attired in late Victorian dress, marking hers as one of the earlier source images in Lovell’s oeuvre. She predates her radio by years, even decades, and yet there is a confluence in their formal, even slightly stiff solidity. Radios are one of Lovell’s most frequently used found objects. He remarks, “I like the radios for the sculptural as well as the practical function they may have. They’re almost streamlined – much like totems…”6 We cannot know the facts of this woman’s story—why she posed for a photograph, where she lived, or what she became. Perhaps she bought a radio much like this one when they became available, or perhaps she did not. What we do see, however, is a nod to a comfortable solidity combined with a cool reserve. The title, Patience, gives us one possible interpretation—she is waiting. Why she is waiting, however, we are left to ponder.

John Sloan’s work is an ode to the interior life of some of his culturally neglected contemporaries. Lovell’s performs the same work, but on the past. In both cases, it is the quiet dignity of these women that lend the works their enduring power.

3 Savannah College of Art and Design and ACA Gallery of SCAD.