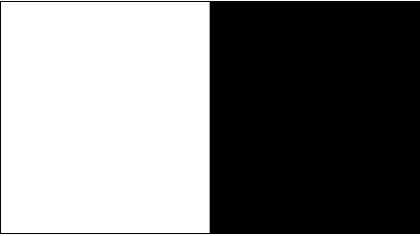 We are in a heightened moment of he said/she said, us/them, pro/con, recognize/erase, confirm/reject, right/wrong, and other emotionally charged dualisms, many of which are inseparably woven into our beliefs about who we are. On campus and off, we and those around us are struggling with feeling vulnerable, erased, triggered, misunderstood, maybe even hated.

Look at your students. Some are struggling publicly, others privately. Doctors use the 1-10 pain scale because they know that “‘Pain is always personal'” and “‘invisible,'” according to Dr. F. Michael Ferrante, director of the UCLA Pain Management Center. The result? “Only you know how bad the pain feels.” So they ask. I think it’s safe to assume that the pain levels among our students is higher than we imagine.  So what can we do?

First, know that your students are bringing their whole selves into the classroom. As they study for class, read assigned texts, walk into the classroom, interact with others in class (or don’t), and talk to you (or don’t), students are aware that there are larger controversies, arguments, even fights about things that affect them — their religious beliefs, their sexual identities, their gendered histories, and more. Actually, they’re not just aware. They are carrying the weight of these seemingly abstract cultural clashes as they intersect with the students’ specific identities.

Next, tend to class dynamics more than usual. Independent of all intentions, students may be feeling under scrutiny (or worse) by their peers, and by you.  So be intentional in how you’re assigning interactions in class.  Structured or silent participation strategies seem especially useful right now, as both support students and manage feelings of vulnerability in different ways.

Finally, recognize this as more than a “teachable moment”:  this struggle with binaries and polarized thinking is part of students’ learning, but it’s hard, and it’s painful.  This is a good time to understand where students are developmentally in terms of cognitive complexity. Very briefly, we know from Perry (1970) that most students enter college thinking in dualisms:

Simple dualism is a bifurcated structuring of the world between good and bad, right and wrong, us and them. Dualistic views are characterised by simple dichotomies, for example seeing the world as liberal vs. conservative. There is a heavy reliance on absolutes and authority as the sources of truth, values and control. Knowledge is rarely justified rationally, but rather by reference to an authority. Dualism implies that actions are either right or wrong. (Perry Theory)

The current controversies are invoking and reinforcing this simplification of what is often a more nuanced reality. Our job as educators is to challenge students toward greater complexity in their thinking. I’m moved by two essays that effectively summarize students’ cognitive development and offer effective strategies for instruction. Both are fantastic, but their examples come from different disciplinary orientations, so while I recommend both, at least read the one closest to your field:

I won’t try to summarize the great advice in these two essays, but a relevant highlight right now is the explicit, ongoing reframing of pro/con, for/against, anything with “both sides” as instead more complex, having multiple sides and perspectives, several of which are likely reasonable, even if we ultimately agree with one more than any other.  The current controversies lend themselves to clear divisions of “you’re with us, or you’re against us,” but it’s our responsibility to nudge all of us to think about the subtleties and complexities that, in fact, make them so much more difficult–and thus make everyone involved somewhere between “us” and “them.”