Work of the Week: Amy Sillman, “After Metamorphoses” 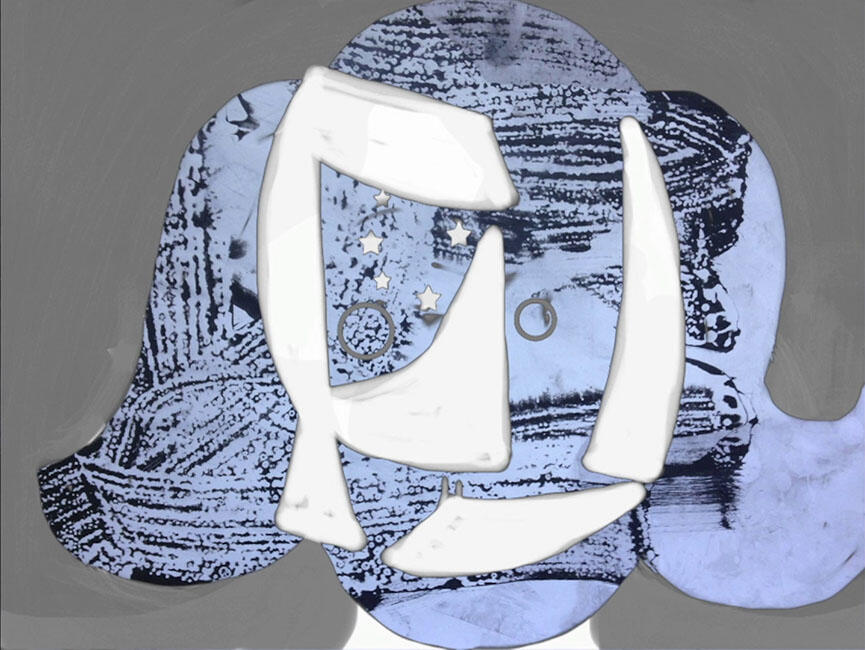 My first introduction to Greco-Roman mythology was through the story of Arachne. As the myth goes, Arachne was a gifted weaver challenged by Athena, goddess of wisdom, to compete in a tapestry contest after Arachne boasted of her prowess. Athena wove a beautiful tapestry honoring the gods on Olympus through illustrations of their honorable deeds and heroic feats. Arachne, however, wove a chaotic scene that mocked the gods, exposing their folly and cruelty against humans. This enraged Athena, who attacked Arachne until she died, whether by her own hand or Athena’s, I have heard it told both ways. Out of pity/remorse/revenge, Athena turned Arachne into a spider.

To this day, I am fascinated and saddened by spiders.

This and many other mythological narratives make up the multisensory experience that is Amy Sillman’s video installation work, After Metamorphoses, a contemporary retelling of Ovid’s epic narrative poem, Metamorphoses (8 CE). Ovid’s Metamorphoses is a collection of fifteen volumes of mythological stories written in dactylic hexameter, meaning it must contain six feet (measured in syllables) within each line. Beginning with the world’s creation out of cosmogonic chaos and ending with Ovid’s modern Rome, the poem concludes with the defiant proclamation that its narrative was complete, one neither Jupiter’s wrath, nor fire, nor sword, nor the corruption of time could destroy. Dramatic? Absolutely. Yet this overzealous declaration was steeped in the anxiety of being forgotten. After all, epic poetry was essentially a form of record keeping.

The usual suspects of Greek mythology are all featured, in Roman guise. Jupiter (Zeus), Diana (Artemis), Minerva (Athena), Juno (Hera), Pluto (Hades), Venus (Aphrodite) and the rest of their merry band of temperamental, power-wielding gods fill Ovid’s pages and Sillman’s screen in their exploits with, and most often against, humans. If Primal Chaos is the origin of life, then it serves as a proper backdrop for the rest of the story.

A multitude of transfigurations occur in a dizzying cycle, as humans blend into animals and the landscape in a style that can only be described as a transformative, biomorphic dream. Fueling the erratic nature of this cyclical visual-literary work is a soundtrack by German artist and musician Wibke Tiarks, that sonically mimics what we see on the screen—a sequence of sounds rather than a harmonious musical composition.

Created as part of her artist residency in Rome at the American Academy, the video is what Sillman refers to as an animated drawing. This process was an exploration of forms, patterns and mediums whereby she took a series of abstract drawings and layered then beneath animated sketches made with an iPad. The process’ compressed layering and sequential nature reflects Sillman’s theoretical artistic practice as sensitive to continuity and flux, lending itself well to the temporality of animation. I personally appreciate the poeticism (pun absolutely intended) of artistic synchronicity between the work’s technique and concept. Analog meets digital. Ancient meets modern.

See this work by Amy Sillman on our Collection page.