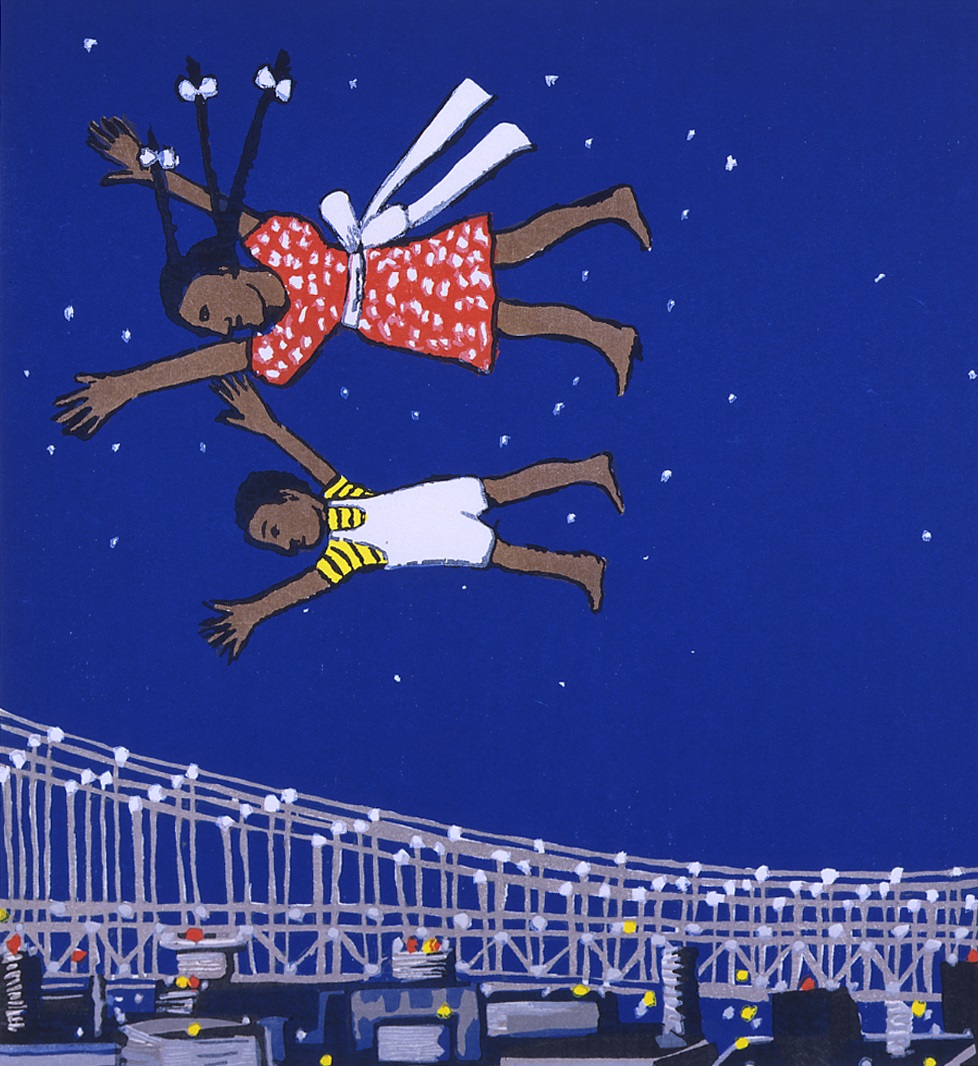 Have you ever lost yourself while staring at the night sky? As a child I would spend hours looking up into it, splitting time between front porch and bedroom window. The stillness of my body—laying peaceful, fixed gaze—belied the flurry of imaginative activity happening within. Whether it was unobstructed views of endless gleaming star fields or the interruption of a glowing skyline that felt like a fictional world, I was bewitched by the romance of its inky darkness. I did not know it then, but these were formative moments, shaping my imagination and turning me into a life-long dreamer. Creativity was born in the infinity of the night sky, as it became the backdrop for my most intricate daydreams. I have thought back to those moments a lot over the past six months, subconsciously resurrecting my old hobby as a coping mechanism in the face of a chaotic year.

The power of imagination to lift us up out of turbulent realities and allow us to consider the
potentiality of something better, something more is at the heart of Tar Beach by Faith Ringgold. A brightly colored woodblock print, the work captures a scene from the daydreams of Miss Cassie Louise Lightfoot, the eight-year-old protagonist of what would later become Ringgold’s children’s book, also titled Tar Beach. Cassie, pictured soaring high above New York City with her brother Be Be, has a superpower; she can fly. This ability grants her the freedom to go anywhere and imagine a different life for her and her family, unencumbered by the circumstances of her reality. As an artist and activist, Ringgold’s career has been dedicated to exploring themes of race and gender equality. She grew up in the creatively fertile Harlem Renaissance, a time and place where perceptions of black culture and identity were redefined. Her work incorporates the narrative traditions of quiltmaking and African American history with great resonance, serving as platform to share her story and that of those before her.

As we enter the second half of a year shaped by external complications, turn to your imagination with the same kind of limitless potential as Cassie. May your struggles give way to progress and innovation.

Read more on this work by Faith Ringgold on our Collection page.